A quick post to say that I just discovered an interesting fact that might be of an interest to the Tunisian Diaspora in the USA. A reproduction of a Tunisian village was built for the Chicago World’s Fair of 1893 held to celebrate the 400th anniversary of the discovery of America.

It seems that the experience was successful enough for the organizers to consider including Tunisia for the Chicago World's Fair "Century of Progress" organized from 1933 to 1934 to celebrate the city's centennial.

"A hamlet in the French protectorate in Northwest Africa, the Land of the Bedouins" was built. "The crooked streets, lined with “Souks” or native stores, wind their way to the center of the village where the mosque with its minaret and dome towers over the walled settlement. Veiled Bedouin beauties and a company of Tunisian soldiers, loaned by the government of Tunis, and twelve families of native Bedouins inhabited the village". 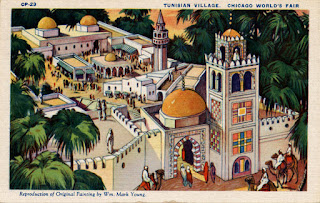 I am amazed by the scale of the investment funded by the Graham Foundation for Advanced Studies in the Fine Arts and wonder if any historian could dig deeper and see if there was a deeper impact of this participation on the relations between Tunisia and the USA. I wonder if all the soldiers and the family exhibited returned home or if some stayed behind and were part of what could be, to my knowledge, the Tunisian immigrants to the USA. 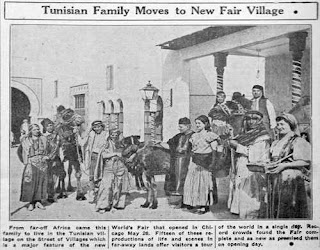 I also think that it would be great if a Tunisian diaspora organization or an individual could seek funding from the same Graham Foundation to revive this experience and bring a more modern Tunisian architecture back to the US. 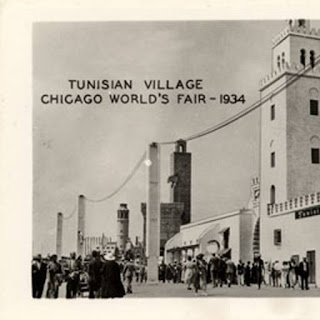 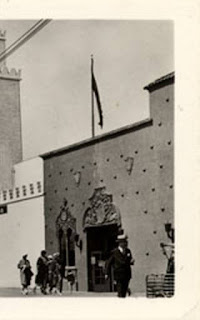